Commodity markets are typically volatile, and therefore represent great opportunities for CFD traders to apply leverage and make good profits. While all agricultural commodities can exhibit seasonal swings, it is the news of how well the crops are doing and any particular problems the farmers are experiencing that can move the markets the most. The effect of climate change is likely to contribute to a general drift upward in pricing, as crops have traditionally been grown in areas where the weather is favourable to them, and any change in weather will impact the yields. In other words, it’s most likely that any news will be bad.

Wheat is a good example of a CFD commodity play on mainstream news. One CFD is typically 100 bushels, which weighs around 3 tons. A futures contract covers 5,000 bushels. Here’s a chart of the price in recent years.

You can see that wheat prices have jumped about 75% since July, and the chart also shows clearly how volatile the price of wheat has become. Any trader with a CFD account could have quickly gained leveraged access to this market with a long commodity CFD. Up until July 2010, some experts were expecting wheat prices to fall because inventories were at a 23 year high and farmers were planting more wheat. The news in August that Russia was banning exports changed that, and some are now looking for a year like 2008. Canada, another major exporter of wheat, is also reporting very low yields, perhaps down to 2002 levels. If dry weather persists in the US and Europe, wheat supplies will be reduced which will also push prices higher.

Some have also attributed the recent spike in the dollar price for wheat to the declining value of the US dollar. Certainly, the US dominates the market and is the world’s biggest wheat exporter. France is Europe’s biggest grower of wheat, but does not appear to be able to have the capacity to gain much market share against the US to make up the shortfall from Russia. It is also handicapped in that most of its wheat is ‘soft’ wheat which is more suited to making pastries than bread. The Germans have recently bought ‘hard’ wheat from the US for the first time in three years.

From a consumer point of view, the increasing price of wheat should not affect bread prices too much, as wheat only accounts for 12% to 14% of the cost. Farmers around the world are facing a difficult decision about how much wheat to plant, as it’s still not clear how much Australia is able to make up the shortfall. The Aussie crop was looking good, but there has been a spell of dry weather.

All this adds up to ongoing opportunities for CFD traders to make money from commodities, but as you can see from the diverse news stories above, it is essential to stay in touch with the world markets in order to be on the right side of the trade. Fortunately, if you do work on keeping up with the news, you should be able to make your trades in time to benefit from the fluctuations. Items such as a poor harvest can be seen coming for some time before the market is hit. 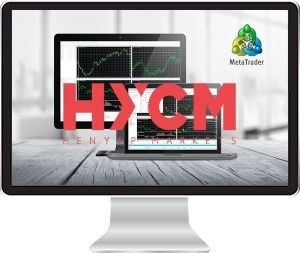 Trade with HYCM! HYCM are a UK regulated MT4 and MT5 provider offering tight spreads and many markets to trade. Trade responsibly: 67% of people lose money when trading CFDs with this broker. Click Here!